The World as It Is: A Memoir of the Obama Whitehouse

We’re looking forward to our Transformational CISO Assembly with Keynote Speaker Ben Rhodes this November, and leading up to the event, we recommend that you make Rhodes’ The World as It Is: A Memoir of the Obama White House the top of your summer reading list. 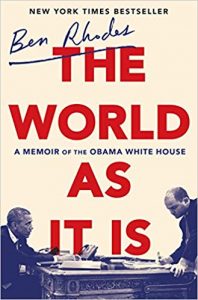 Rhodes’ inside-the-bubble account gives a glimpse into the Obama Administration like never before, with George Packer of The New Yorker claiming it to be “The closest view of Obama we’re likely to get until he publishes his own memoir.” His memoir details behind-the-scenes insight on some of the most gripping moments during the Obama Administration- waiting out the bin Laden raid in the Situation Room, responding to the Arab Spring, reaching a nuclear agreement with Iran, leading secret negotiations with the Cuban government to normalize relations, and confronting the resurgence of nationalism and nativism that culminated in the election of Donald Trump. Rhodes’ novelistic style gives clarity and depth to the events we lived through, and much like the speeches he’s written, captivates the audience from the start.

Find out why the Guardian named The World as It Is one of the books of the year! Click here to purchase your copy.

We are excited to hear Ben Rhodes’ wealth of knowledge in his keynote presentation this November! 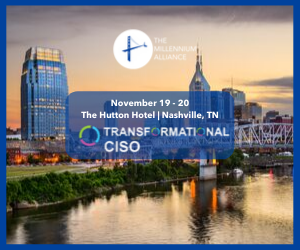 How to Make Digital Identity a Business Enabler