The FinTech Market Affected by the Government Shutdown

“The shutdown is also starting to create serious problems for financial technology firms — slowing dealmaking, impairing supervision and casting a pall over the presumed pre-eminence of the U.S. as a FinTech superpower.” Roll Call writes.

Sadly, the consequences of the partial government shutdown for Americans including the poor, the environment, federal employees and those relying on government services or benefits have become evident, and are unfortunately getting worse as the longest shutdown in US history continues.

However, according to reports, the ongoing shutdown of the US government which was sparked by the disagreement over funding for border security is now starting to hurt the FinTech industry. With the shutdown, the FinTech industry is seeing problems in the latest developments in banking, derivatives, securities, online lending and more – casting a shadow over the prominence and influence of United States within the sector.

Although not every part of the sector is being impacted in the same way, the prolonged halt of most agency operations is impacting key issues concerning every aspect of FinTech business, especially when finalizing business deals. However, companies like Lyft and Airbnb that have been visibly affected are companies issuing securities to raise capital in wake of the shutdown. High profile IPOs planned for this quarter from the likes of Uber, AirBnB and Lyft will likely be postponed but it is also affecting some of the smaller flotations from FinTech startups via Regulation A+ that are often dubbed ‘mini-IPOs’ throughout the sector. Similarly, large technology firms planning to do initial public offerings aka IPOs could be affected with no one at the Securities and Exchange Commission (SEC) to process registration statements of firms seeking to sell stock to the public.

Not surprisingly, with the shutdown continuing with no obvious end in sight, it is worth wondering just how much damage the disagreement within Congress is hurting the reputation of the US as an attractive place to launch and do FinTech business. With other systems in Europe and as far as Asia working actively to add clarity and stronger innovations and protections in FinTech, a prolonged halt to government functions could spell trouble for America’s competitiveness in the sector in the long-term.

Now that he shutdown is now into its 22nd day making it the joint the longest in US history, surpassing the 21 day shutdown in 1995–96 . While the various government agencies responsible for delegating and supervising many areas of the FinTech market will face a size-able administrative backlog once the government does reopen, the greater concern is, as previously mentioned, the impact on the US standing in the highly competitive race to be the first choice for international FinTechs ventures in the upcoming future.

ABOUT THE FSI TRANSFORMATION ASSEMBLY 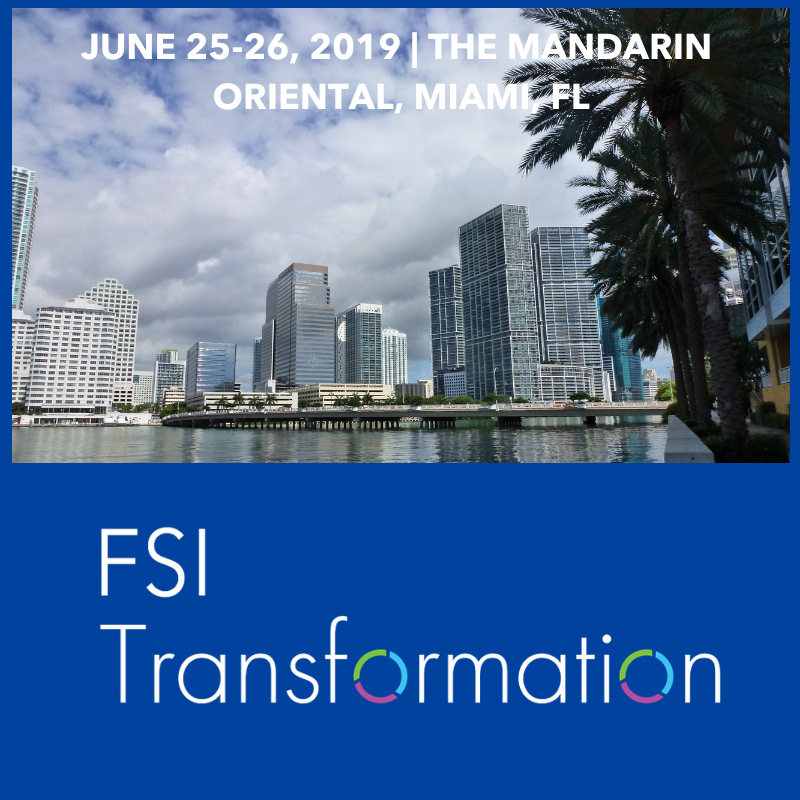 While financial services and insurance CIOs will deal with many challenges in the coming years, one particular technological challenge raises to the top – dealing with the complexity of data. The massive explosion in data is creating unprecedented manageability issues for firms around the world. As firms expand customer touch points through the use of digital platforms like social media, CIOs are dealing with an overwhelming volume of structured and unstructured data, resulting in an increased need for tighter security.

2019 State of the CMO: Cut the Buzz, There is Only One Priority

Is 2019 Finally The Year Of Artificial Intelligence?