The Millennium Alliance is proud to announce Ben Rhodes, Author & Former Deputy National Security Advisor, as the Keynote Speaker at the Transformational CISO Assembly taking place from November 19-20 at The Hutton Hotel in Nashville, TN. 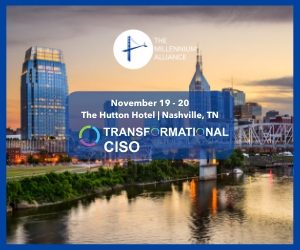