David Sable Advises Us to Pay No Attention to Pollsters Behind the Numbers…yet.

As originally published by David Sable on Linkedin. Subscribe to the newsletter!

With the presidential election just about three months away, I begin a new occasional series on polls and data and elections by looking back five years to a time before the last election cycle.

“How Not to be Surprised by Big Data Misses” is a piece I wrote some five years ago as I contemplated what was coming through the lens of global news headlines such as, “Cameron’s Conservatives win in surprise UK election” or “Unexpected triumph means Cameron can govern UK on his own”

With the benefit of hindsight, we all know where that went in the end.

My conclusion, at that time, was simple and it remains a pillar of my approach to understanding data and deriving insights today particularly around the upcoming U.S. election: “Let’s be clear – data has been used to predict elections for a long time – with varying results.”

In an online article on UK-based IT Pro, Martin Lee, cybercrime manager at Alert Logic wrote, “People are wonderfully unpredictable.” He continues, “You can create mathematical models that describe everything that is likely to happen to the finest detail, and then people go and do something you didn’t expect.”

He describes here what I like to call, “human serendipity.” It is one factor we cannot account for and the elusive holy grail in the data picture, whether we talk about elections, crime or disease.

We are HUMANS, and while you can take good or better-than-educated guesses at what I might like, or buy, or do…or how I might vote…at least a good 50% of the time – and I am giving just a conservative estimate here– I will fool you and do just the opposite.

I concluded the article by quoting an icon of future thinking and human endeavor:

The Wall Street Journal ran a piece during the 2016 presidential election titled, “Trump’s Win Has Ad Agencies Rethink How They Collect Data, Recruit Staff.” The gist of the piece is that all were out of touch with consumers…voters…people…

Some key quotations in the article remain instructive and applicable to us four years later:

And my own quote, (one of my favorites by the way):

Looks to me like not much has changed, except that we seem to have forgotten everything we said then, which means those lessons are worth repeating and exploring.

We need to reflect less of New York; The New York Times recently reported on where Trump and Biden were raising money and who was winning the cash-raise race. Please take a look at the full map after you read the story.

Research subject to human bias? Ben Shapiro, the “Conservative” star commentator, gave an interview on Fox a couple of weeks ago, opining on a Fox poll that showed some 30+% of U.S. citizens don’t agree or weren’t sure that that the country’s Founding Fathers were heroes. And of course, the racial skew was fairly high.

His view? Devastating to the future. My view? When correlated to people’s view on Democracy (which is high), it’s healthy. Not all those among the 30% of Founding Father skeptics are bent on destruction, but would rather the history books take a more holistic and nuanced approach to describing the complex lives and beliefs of the men who founded modern-day America. Ben Shapiro has a bias. I have a bias. And no doubt, you have your own biases on how we should best approach the meaning of a poll like the one Shapiro discussed on this particular segment. My point being simply, BE AWARE.

As for mindset? Honestly? How about the financial anguish? And then of course my point about zoos and jungles…

Frankly, it’s worse than ever as we can’t get to either zoo or jungle, making it that much more important to sit back, take a deep breath and think before we make pronouncements based on online polls or other data without filtering it thoroughly through a variety of sources, references and biases.

It’s way too early to predict anything. The pundits, experts, opiners and whiners are already out there with their crystal balls, tarot cards and algorithms, and I guarantee we will see more excuses and whining about the surprise—whichever one it is.

So, stay tuned. More to come. And in the meantime, exercise your critical thinking and always #thinkbeforeyoushare. Listen:

“I try not to be surprised. Surprise is the public face of a mind that has been closed”—Bernard Beckett

There you have it—surprise equated with closed mindedness. Silos. Open your mind. Expand your range of input and take it all in with a grain or two of skepticism, cynicism and plain old-fashioned doubt. And you can throw a pinch of sarcasm into your thinking as well… 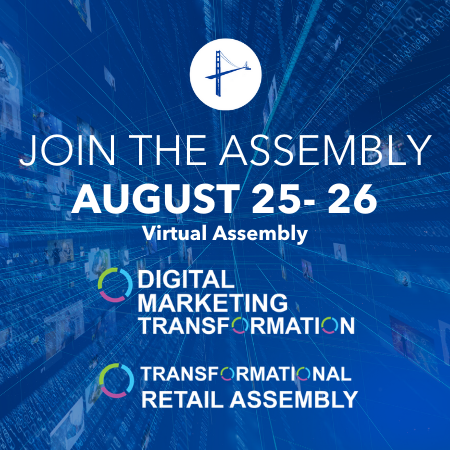 In the midst of a global crisis, innovation and leadership are more important than ever, and The Millennium Alliance is here to facilitate collaboration among industry leaders. We are hosting our Digital Marketing Transformation Virtual Assembly to promote Executive Education and Digital Transformation through peer-to-peer connection, thought leadership, and more. We’re excited to open up the lines of communication among industry executives and thought leaders so that we come out of the pandemic smarter, stronger, and more united than ever.

The Digital Marketing Transformation Virtual Assembly provides a platform for retail leaders to debate and strategize. With high-level content, disruptive solution providers, and enhanced networking opportunities, this two-day, intimate virtual assembly promises to provide you with the latest marketing strategies, technologies, and real-life experiences to take your business to the next level.

View all posts by digitaldiary

#MillenniumLive with Cisco on Strategy & Solutions for Better Cyber Defense