Happy Friday Digital Diary readers! Another weekend coming our way… The team at Millennium Alliance is gearing up for not one, but TWO assemblies happening within the next two weeks. We’ll be in Denver, CO for our Healthcare Providers Transformation Assembly followed by our Transformational CMO Assembly. If you’re reading this and joining us next week, we are looking forward to meeting you! If you aren’t, at the bottom of this blog post you’ll be able to click for some more information about how to get involved in our programs. Now, before we get too comfy on the couch for the weekend, let’s take a look at the top stories this week in Healthcare, Marketing, Retail, Security and more.

The Justice Department approved the $69 billion merger. We got our Advisory Board to give their comments on the merger and what this will do for the future of healthcare. Stay tuned for that blog post.

The Texas Department of Insurance fined Humana for $700K because of its lack of in network anesthesiologists. The state of Texas found that there were over 20 hospitals and surgical centers that lacked these in network doctors, which obviously makes patients at risk for out of pocket costs. There has been a corrective action plan which will essentially protect Humana members.

The AI-driven voice assistant for physicians announced its success in processing more than 1K patient interactions per week! The company launched in May and doctors have been using Suki during their pilot program. Feedback from the start of this pilot program reported a 70% decrease in time spent writing medical notes.

The store filed for bankruptcy on October 5th and recently received court approval for an initial portion of its bankruptcy financing starting at up to $150 million. There are currently 209 underperforming locations that will be shutting down. These store closings will save the company $1.6 million per month in rent alone. By the end of all of this, Mattress Firm will close 700 stores.

The coworking company will be expanding its WeMRKT concept to 500 more locations within the next few years. This will also include an e-commerce store. The concept is to sell products made by WeWork members like snacks, office needs and branded apparel. You can check out the first WeMRKT in New York City. Three more of these stores just opened in the city.

Soon we’ll be seeing the launch of a new accelerator program called Target Incubator. This is going to aim at business concepts from Gen Z creators. Applications for the program are currently open and the top 15 entrepreneurs will pitch their ideas to Target Headquarters. There is also another initiative towards Gen Z called TargetTag which is a digital magazine on Instagram the generation to “connect, create, and inspire each other.”

The company bought a stake in TabSquare which is a Singapore-based restaurant tech startup. TabSquare offers AI powered in-restaurant solutions for operational efficiency. They improve and personalize dining experiences with about 12 million consumers each year.

The Mexican Grill is launching a limited-edition scratch and sniff sticker to celebrate 100 million views of their Giphy stickers. Found on Chipotle.com, you can buy these real-life stickers that use the taglines, “Would Rather Be at Chipotle,” “Less Talk More Guac” and “Salsa Flame” all with coordinating smells.

The company brought on new CMO, Joy Howard. Joy has previous marketing experience from Patagonia and was most recently at sound system company, Sonos. Melissa Waters was previous CMO who was hired to build brand awareness. The company has since doubled its market share in the US and Canada to 35%.

Google+ is being discontinued after finding a bug in the Google+ People APIs. There were 438 applications that may have been impacted and about 500K Google+ accounts that may have been compromised. The social network already had low engagement but after the bug, they shut it down completely to avoid damaging its reputation any further.

Oppenheimer Funds SVP of Infrastructure, Mona Breed, has been hired as CIO at Moody’s and will begin the new role next week. She will report directly to the CEO and oversee Moody’s global technology infrastructure. Believe it or not, Mona will be the second woman on the current senior management team.

This week, Facebook Workplace launched “Safety Check.” This tool can be used by a company’s security team in order to keep track of employee headcount in areas of crisis. The major components include, “locate, notify and iterate.”

Up Next: The Digital Enterprise Transformation Assembly

The Millennium Alliance is thrilled to present the Digital Enterprise Transformation Assembly that is put together by the industry, for the industry. Join us for a series of executive education roundtables, keynote presentations, collaborative think tanks, educational workshops, and networking sessions offering industry-specific topics and trends to ensure your company sustains its competitive advantage.

Evolution of the Digital Workplace: Are Digital Experience Layers the Next Frontier? 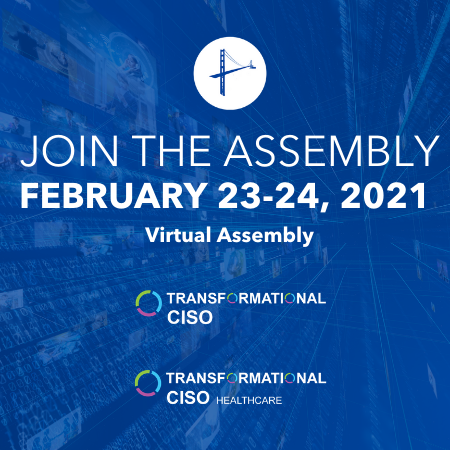 The New Dynamics of Brand Creation: Digital Content Has Changed Everything

Announcing the October Edition of the Digital Diary Magazine

Evolution of the Digital Workplace: Are Digital Experience Layers the Next Frontier?

CX leaders understand the speed, flexibility, and overall agility that cloud services can bring to their CX strategies. But many see only one solution to the challenges they’re facing: Rip and replace the entire contact center infrastructure. They often delay pulling the trigger for months or years because they know such a massive transformation will […]

The Millennium Alliance is proud to announce Sujeet Bambawale as the upcoming keynote speaker for the Transformational CISO Virtual Assembly taking place on February 23-24, 2021. Bambawale has proven himself to be a cybersecurity trailblazer as CISO of the iconic 7-Eleven brand. Before working with 7-Eleven, he led Security Engineering with Symantec, worked on the […]

Take it from an Analyst: Contact Centers Can Have Their Cake and Eat it too

President of Nemertes Research, Robin Gareiss,  joins Intelepeer’s podcast to discuss the future and possibilities for the on-prem contact center. This episode covers the type of solutions that enterprises should have on their radar to align with the trajectory of the rapidly changing contact center environment and customer expectations. For each listen, IntelePeer will be donating […]